Your safety comes first to us. Therefore, we decided to limit the audience of the Budapest Energy Summit to 100 participants. BEST will be organised in a hybrid format in a way that you can join either physically or virtually by following the live streaming. Throughout the conference, we comply with the highest standards of safety protocol and take the necessary precautionary measures to ensure the safety of our attendees.

SAVE THE DATE of next
Budapest Energy Summit:
1 Dec, 2020

Budapest Energy Summit 2020 is the leading energy conference in Central and Eastern Europe.
BEST is an exclusive energy forum in Budapest, that brings together high-level industry leaders, experts, policymakers and top executives in energy, finance and technology from all over the world to discuss the driving trends of the industry and to identify the opportunities and challenges ahead of us. The Summit will provide a comprehensive picture of the state of the energy sector both within the CEE region and in a global context in light of the COVID-19 crisis and the climate emergency. 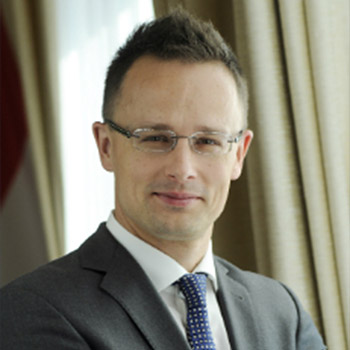 Péter Szijjártó was born on 30 October 1978 in Komárom. In 1997, he graduated from the Czuczor Gergely Benedictine Gymnasium in Győr, after which in 2002 he received a degree in Foreign Affairs from the Budapest University of Economic Sciences and Public Administration. 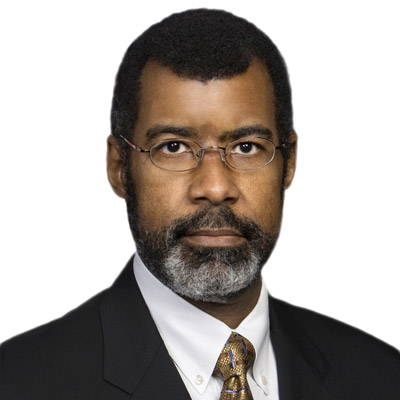 William D. Magwood IV is the NEA Director-General since 2014. Prior, he served as Commissioner appointed by the US President and confirmed by the Senate to the US NRC. 2005-2010, he provided independent strategic and policy advice on energy, environmental and technology policy issues. 1998-2005, Mr. Magwood was Director of Nuclear Energy at the US DoE, where he launched several important initiatives including GIF. He began his career working as a scientist for Westinghouse and Edison Electric Institute. Mr. Magwood holds Bachelor’s degrees in Physics and English from Carnegie Mellon University and a Master of Fine Arts from University of Pittsburgh. 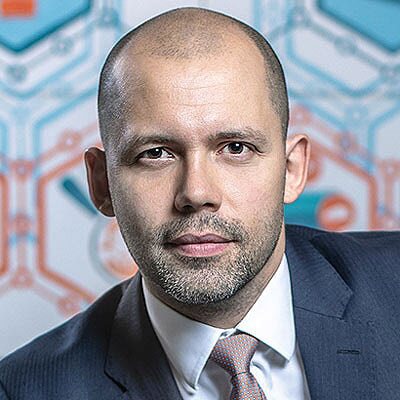 Gergely Szabó has been leading MET Hungary since December 2014 and was appointed Regional Chairman of MET Central Europe from 1 January 2019. In the newly formed organisation Gergely Szabó is responsible for the overall management and coordination of the regional business operation in Croatia, Hungary and Slovakia, where MET Central Europe has more than 4000 long term partners in the industrial natural gas segment.

Gergely Szabó started his career at the Gas Division of MOL Group in 2007. He was Executive Director of Origination and Structured Trading at MOL Energy Trade Ltd. between 2010 and 2011, then managed the Swiss subsidiary of MET Group as CEO at MET International between 2011 and 2014.

In addition to his role of CEO of MET Hungary Ltd., Gergely Szabó is Chairman of the Board of Directors of E2 Hungary Ltd., the joint venture energy trading company established by Magyar Telekom and MET Holding. 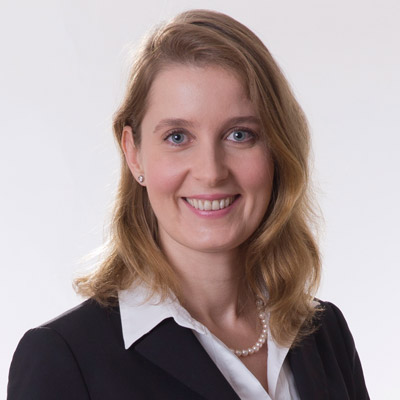 Anita Horváth is Co-head of the European and Head of the Hungarian Energy practice groups, as well as being the Co-head of the Corporate and M&A practice group in Hungary. She has extensive experience in advising on renewable energy matters, complex domestic and cross-border M&A, joint ventures and private equity transactions as well as general corporate matters with a focus on the energy sector. 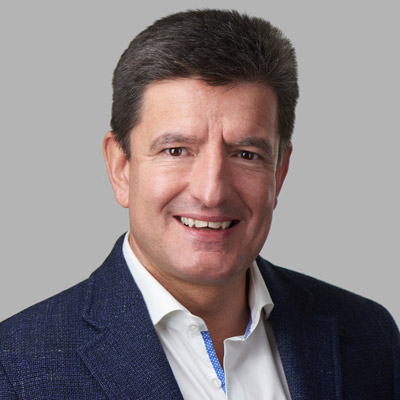 Member of the Board at E.ON Hungária Zrt.

Member of the Board at E.ON Hungária Zrt.

An international relations graduate of Budapest University of Economics (1990) and formerly a law student at Eötvös Loránd University (1992-1994), Zsolt Jamniczky began his career as a Counsellor of the Foreign Relations Office of the Hungarian Parliament. As of 1996 he had held top management corporate affairs positions at Reemtsma and Philip Morris in Budapest, Brussels and Zagreb. He joined E.ON Hungária in 2007 as the Director of Central Affairs, in 2010 becoming company’s Deputy CEO with the responsibility for regulatory affairs, government relations, reputation and marketing communications, legal matters, innovation and business development. As of 2016 he took the board membership for customer solutions in addition to his former tasks. Since 1 July 2020, he has been the member of the Board of Directors of ELMŰ-ÉMÁSZ responsible for sales. Zsolt Jamniczky is the vice-president of the Hungarian Division of Eurelectric since 2011, representing Hungary on the Board of Directors of Eurelectric in Brussels. He is an Executive Board Member of Business Council for Sustainable Development in Hungary from 2018. In 2019 he was elected as chairman of the Hungarian Business Leaders Forum. In September 2020, he was elected as president of Budapesti Elektromos Sport Association, as a member of the Board of Jövő Mobilitása Szövetség (Future Mobility Association) and the Smart Future Innovation Cluster. In 2016 he received the Knight’s Cross of Merit of Hungary. 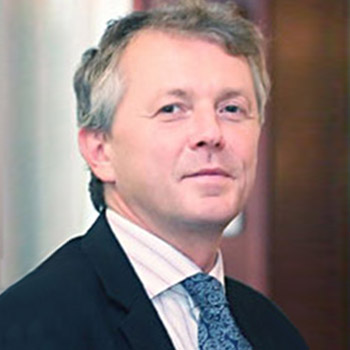 Minister of State for Energy and Climate Policy, Hungarian Ministry for Innovation and Technology

Minister of State for Energy and Climate Policy, Hungarian Ministry for Innovation and Technology

In May 2018, Péter Kaderják was appointed Minister of State for Energy and Climate Policy. Prior to that, he was the Director of the Regional Centre for Energy Policy Research (REKK) at Corvinus University Budapest.

In 1998 he was appointed as Chief of Cabinet of the Minister of Economic Affairs and started to work on the liberalisation of the electricity and gas sectors in Hungary. In January 2000 he became the President of the Hungarian Energy Office, the national energy regulator. Between 2000 and 2004 he also served as the Chairman of the Energy Regulators Regional Association (ERRA), an association of energy regulatory institutions of countries from Central and Eastern Europe, the CIS and South-East Europe. Since 2004 he has been serving as Training Director for ERRA’s in-house energy regulatory trainings.

He is also directing a postgraduate program in Energy Economics at Corvinus University since 2010. He is a research partner in the “European Energy Institute” at University of Leuven and a regular lecturer at the Florence School of Regulation. He has directed several recent research efforts with regional relevance. In 2011 he was appointed an alternate member of ACER’s (Agency for the Cooperation of Energy Regulators) Board of Appeal. 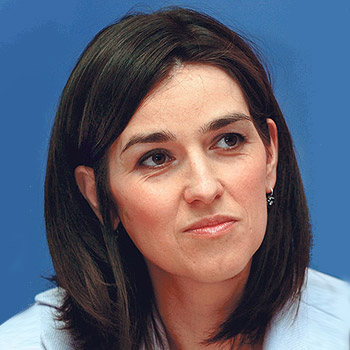 Dr. Anita Orban joined Tellurian LNG as Vice President for International Affairs in 2017. Previously she worked as Chief Advisor for Cheniere Marketing Ltd.  Between 2010 and 2015 she served as Ambassador-at-Large for Energy Security of Hungary. Previously she was the Director of Constellation Energy Institute, a think tank facilitating cooperation in the Central Eastern European energy sector. She is the author of the book Power, Energy and the New Russian Imperialism (CT: Praeger, 2008). Between 2005 and 2008 she served as the Executive Vice President of the Budapest-based International Centre for Democratic Transition (ICDT). In 2004-05 she was editor of the ’World’ section of the Hungarian political weekly Heti Valasz where she also ran a monthly op-ed column on international issues for six years. 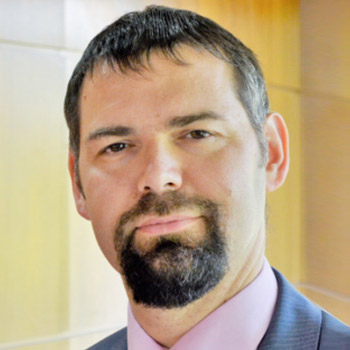 Mr Varró has been appointed as Chief Economist of IEA in January 2016. He has worked at the IEA since 2011 as Head of Gas, Coal and Power Markets.

Mr Varró started his economist career at the National Bank of Hungary and from 2000-2005 he served as the Director of Price and Economic Analysis of the Hungarian Energy Office.

Before joining IEA he has worked for MOL Group as Chief Economist and from 2008 as Director for Strategy Development. 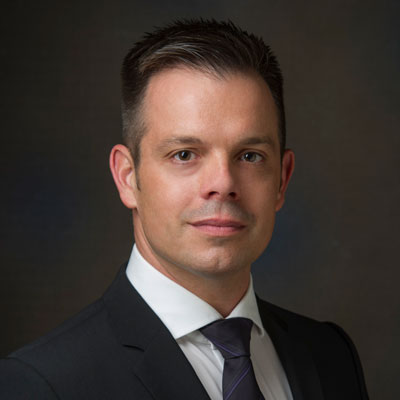 Chairman of the Asset Management Board of MET Group

Chairman of the Asset Management Board of MET Group

Mr. Lehőcz was CEO of the Dunamenti Power Plant – the largest gas-fired power plant in Hungary – between 2015 and 2018. After stepping down as CEO, he became a member of the Supervisory Board of Dunamenti.

Mr. Lehőcz has over 18 years of experience in the Hungarian energy sector. Prior to joining MET Group, he held various management positions in relevant business entities of the industry. He was the CCO of GDF Suez Hungary, and he also held CEO and CFO positions at MVM Group. 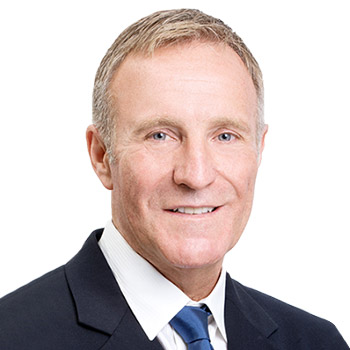 Chief Financial Officer and Deputy Chairman of the Management Board, NOVATEK

Chief Financial Officer and Deputy Chairman of the Management Board, NOVATEK

Mark Gyetvay is the CFO and Deputy Chairman of the Management Board at NOVATEK. He is an internationally recognized expert in the oil and gas industry and a frequent speaker at leading industry conferences globally.

From 2003 to 2014, he was a member of NOVATEK’s Board of Directors and formerly served as the Chairman on the Strategy and Investment Committee. He was responsible for listing NOVATEK on the London Stock Exchange in 2005, and has led many of the Company’s Eurobond and domestic bond placements.

Investor Relations Magazine has rated him as one of the best CFO’s in Russia and the CIS by winning numerous awards and accolades, and recognized twice by Institutional Investor magazine as one of the Top Five CFO’s in Europe’s Oil and Gas sector.  Mr. Gyetvay is the recipient of the Finance Monthly 2015 – 2019 “Best CFO – Russia”, “Game Changer Award – Russia” 2017 and 2018, and announced twice as the Institutional Investor’s “Best CFO” in the EMEA oil and gas industry for 2018 and 2019, as well as Extel’s “Best CFO in O&G Europe” in 2019.

Prior to joining NOVATEK, he worked at a number of independent oil and gas companies in the United States since 1981 where he specialized in financial and economic analysis matters in both the upstream and downstream segments, as well as was a former partner in PWC’s Petroleum practice based in Moscow from 1995 to 2003. 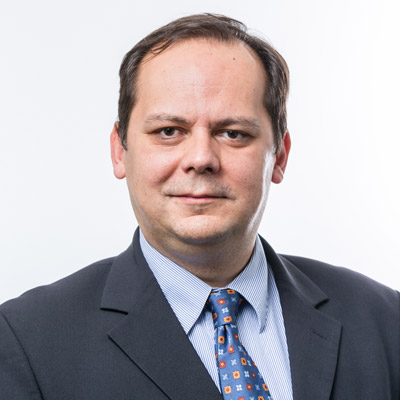 Dr. Erich Jurdik has over 15 years of experience in the gas industry in various commercial and technical positions. He has been involved in TurkStream since the project was announced. Currently, he holds the position of Deputy CEO on Construction.

Before Dr. Jurdik joined TurkStream, he has worked at N.V. Nederlandse Gasunie, the Dutch gas infrastructure operator. He was involved in the realization of various domestic and international projects. Dr. Jurdik holds a Ph.D. in Experimental Solid State Physics from the University of Nijmegen in the Netherlands. 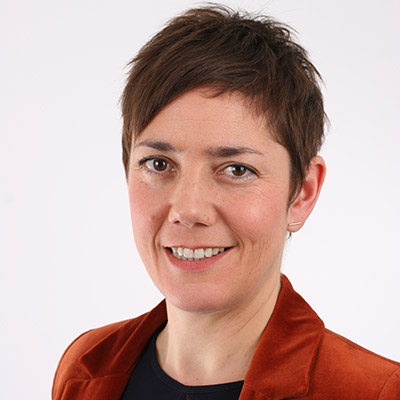 Walburga Hemetsberger has been working in Brussels for more than 18 years in different positions, most of the time in the energy sector.

Before joining SolarPower Europe, Walburga headed the VERBUND Representation Office in Brussels and was a Board Member of Hydrogen Europe. Her previous experience includes her roles as Head of the EU Representation Office at VERBUND for nine years; Advisor of Financial and Capital Markets at The Association of German Public Banks and Association of Public Banks (VÖB / EAPB); Competition lawyer at Haarmann Hemmelrath; A Parliamentary Assistant to Austrian MEP and experience in the DG Competition Merger Control Task Force.

Walburga holds a degree in Law and Business Administration from Leopold-Franzens Universität Innsbruck. She speaks German, English, Dutch and French . 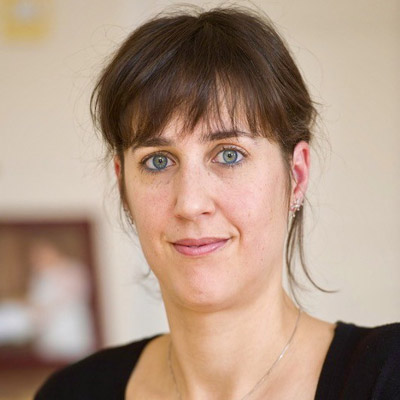 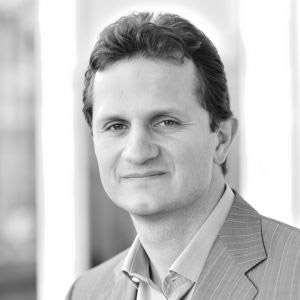 Balázs Felsmann joined the Regional Centre for Energy Policy Research as a senior research associate in January 2016. As a researcher, consultant and former state officer he has wide range of experiences on the institutional and competitive framework of the utility industries. As a former state secretary he participated in the preparation of several policy documents including the new Energy Policy of Hungary (2007-2020), the Strategy for Increasing the Share of Renewable Energy Sources (2008-2020), the Unified Transport Development Strategy (2008-2020) and various major pieces of the legislation regarding electricity, natural gas, renewable energies and transportation.

As a consultant Mr Felsmann has worked on various projects on the field of energy sector for governmental organisations, NGOs, market leading industrial companies and international financial institutes. He actively participates in the work of various scientific and business organisations of the utility area and on national and international conferences regarding energy policy and utility management topics.

Budapest Energy Summit 2020 will be organised in Hotel Marriott Budapest, a luxury hotel on the banks of the Danube River with the most beautiful view on the city.

Hotel Marriott Budapest is our partner to guarantee the highest safety standards for our participants.

We use cookies to ensure that we give you the best experience on our website. If you continue to use this site we will assume that you are happy with it.Ok